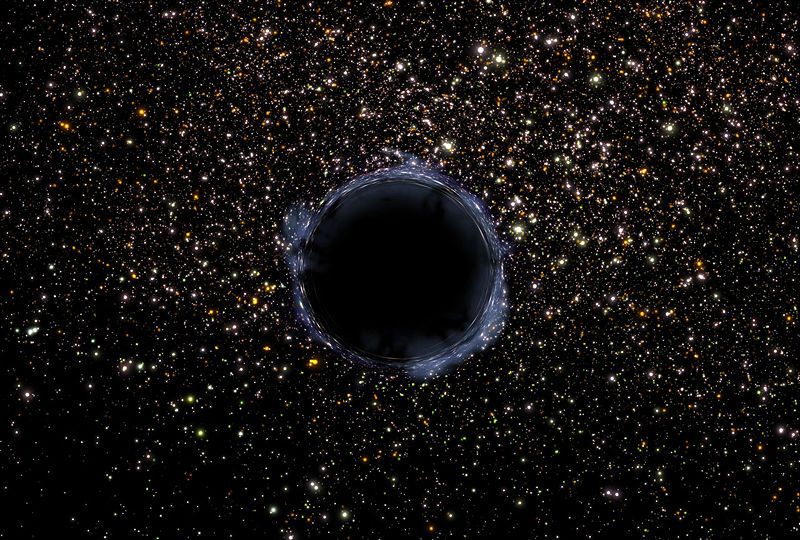 In the quest of further understanding one of the most mysterious (and vaguely terrifying) celestial objects in the universe, scientists have now managed to determine a black hole’s spin rate.  What was considered a difficult feat back then, has now been accomplished – and the results are quite astonishing:

According to a study published in the Astrophysical Journal, the event horizon of one of these stellar objects is spinning close to or at the speed of light—around 670 million miles per hour. (The event horizon is the point of no return around a black hole past which not even light can escape.)

The four other black holes that the team of astronomers studied appear to be spinning at about half that rate. Furthermore, the scientists found that the vortex of material circling around one of the five black holes is spinning at around 70 percent of the speed of light.

The collection of dust and gas around a black hole—known as an accretion disk—becomes superheated to many millions of degrees as it gradually gets sucked it, generating X-ray light that astronomers can detect using specialized observatories.

The five black holes the team investigated for the latest study have masses between 160 and 500 million times that of our sun. They all are consuming matter from their accretion disk, causing them to grow rapidly.

These observations are significant because while we have been able to measure the mass of black holes with relative ease in the past, determining their spin rate has proven to be far harder. Such results can help scientists to understand how black holes grow and evolve over time.