The Little Mermaid Was Way More Subversive Than You Realized 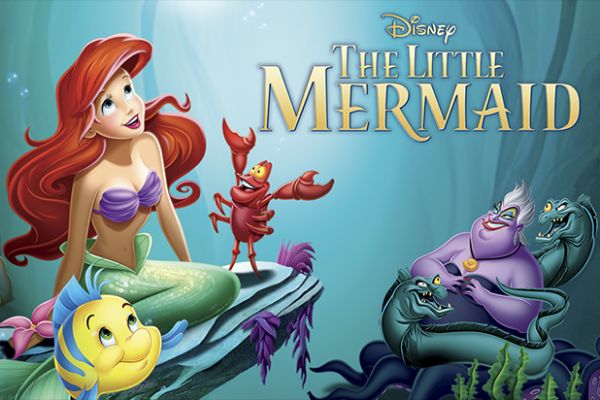 Looking back from 30 years on, our opinions of the Disney movie The Little Mermaid are colored by the movies that came afterward, but it was groundbreaking at the time. I was impressed by a Disney Princess that actually had agency, even if her desires and actions were sometimes questionable. The story of The Little Mermaid is the story of Disney’s renaissance. After Walt Disney’s death in 1966, the company went into decline for almost 20 years. What stopped the slide into obscurity was recruiting Michael Eisner to run the company. He slashed expenses, concentrated on TV, and diminished the importance of animation. The animation department was under threat of elimination in the late 1980s when they went for a Hail Mary feature film project- one that was very different from all the previous animated Disney movies.

At the suggestion of director Ron Clements, studio chiefs decided to pursue the Hans Christian Andersen tale “The Little Mermaid,” except with a happy ending and a central villain. (In the original story, the mermaid does not get the prince. Instead, she faces a variety of antagonists and ends up committing suicide.) Ashman got right to work, transforming the depressing 19th-century yarn into a dynamic Broadway spectacle.

In classic Disney animated features of old, plot was advanced through dialogue, and songs were incidental. For instance, in Snow White and the Seven Dwarves, the song “Whistle While you Work” does nothing to move the plot forward. Ashman and Menken approached the film’s book as they would a Broadway musical, using songs to impart critical plot points and character development. Music tells the audience everything they need to know about Ariel: The song “Part of Your World,” for instance, is a classic example of the “I Want” trope of American musical theater. “They approached it like a Broadway musical,” recalled Jodi Benson, the voice of Ariel, in the DVD documentary. “It is something totally different. The characters actually run out of words, can’t express themselves anymore, and it has to come out in song.”

But that was just the beginning of what made The Little Mermaid different from the movies that came before. Read how Ashman and others broke the formula for Disney animated films at Smithsonian.