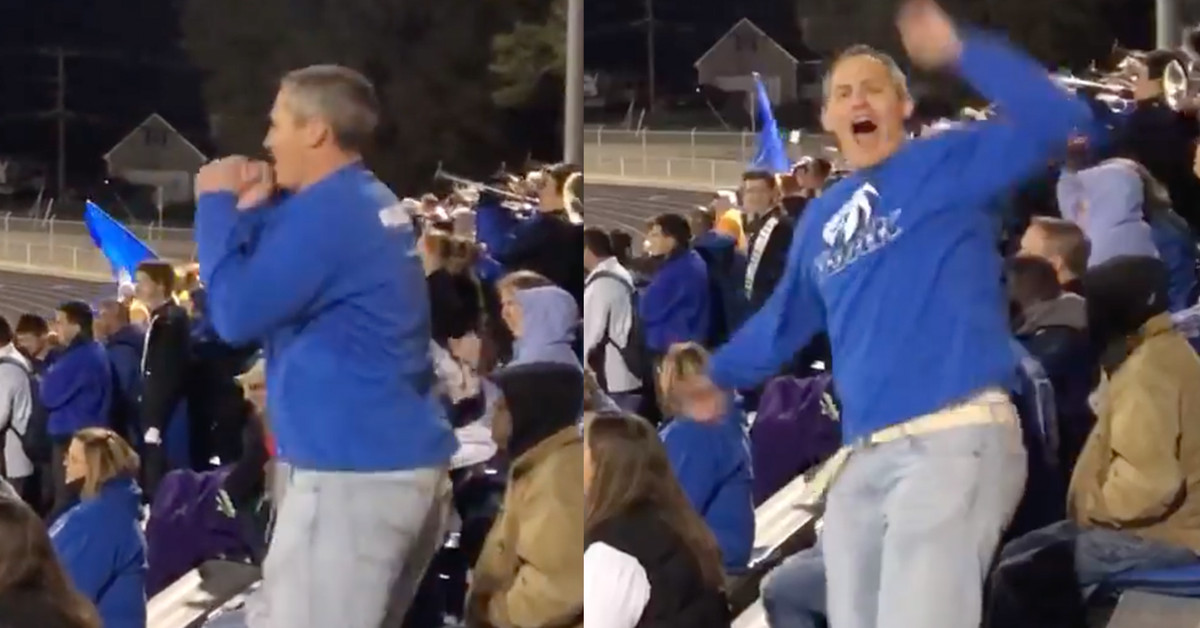 Parents being involved in their kid’s extra curricular activities can go either way. It can be a great way for parents and children to bond and bring everyone closer together, or it can be such a goddamn nightmare that it births a TLC reality show. Luckily for everyone involved and everyone watching, this is an example of the former, not the latter.

I don’t know for sure but based on the jam-packed bleachers in this video, I think it’s safe to assume York High School in York, Virginia, is a school pretty dedicated to football. One thing I do know for sure is that the cheer squad of York High has some dedicated parents. Or at least, one dad in particular.

Hekili Holland’s daughter is a member of the cheer squad and during their pre-game performance, he not only cheered his daughter on from the stands, he went through the whole damn routine himself. It’s hard to determine which girl is Holland’s daughter, but you just gotta know that she’s a good friggin’ cheerleader if her dad’s the one helping her with practice, because man, he’s got it all down PAT.

Shout out to another York High father, Scott Willard, who captured this amazing moment and shared it with the world.