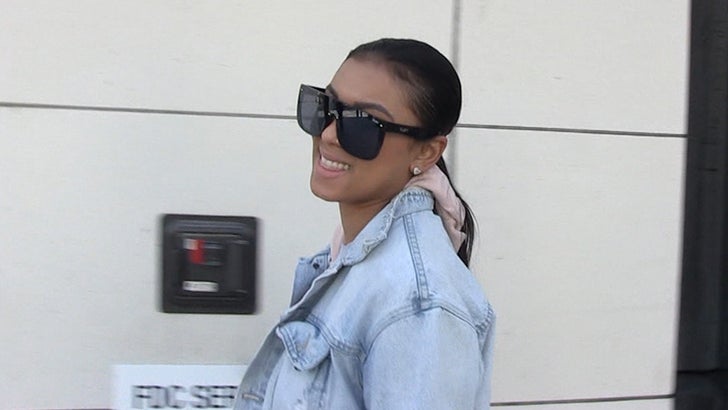 Newsflash to piss off most guys out there — Kevin Hart is off the hook for finding the perfect  Valentine’s Day gift, and same goes for his wife, Eniko.

We got that straight from Eniko herself Thursday in Bev Hills. Now, the fact she was shopping on Rodeo Drive might make ya think she was doing the last minute V-Day thing — like you probably will be at some point today. Not so!

We asked her if this Valentine’s was gonna be extra special … being their first since Kevin’s horrific car accident. Eniko nonchalantly said they’re “Just hanging out. Nothing extravagant.”

She says they’re not even doing a fancy dinner out!!! We even pressed her about gifts, and watch her response … it’s gonna be a low-key, no-frills night at Casa de Hart. As for why — Eniko says they gave plenty a couple months ago.

We also got an update on the Harts’ friends Rebecca Broxterman and Jared Black, who were in the car with Kevin during the crash. As we first reported, none of the involved parties are filing lawsuits.

Eniko confirms it — the near-tragedy’s changed nothing between all of them.