The Americas in Chaos 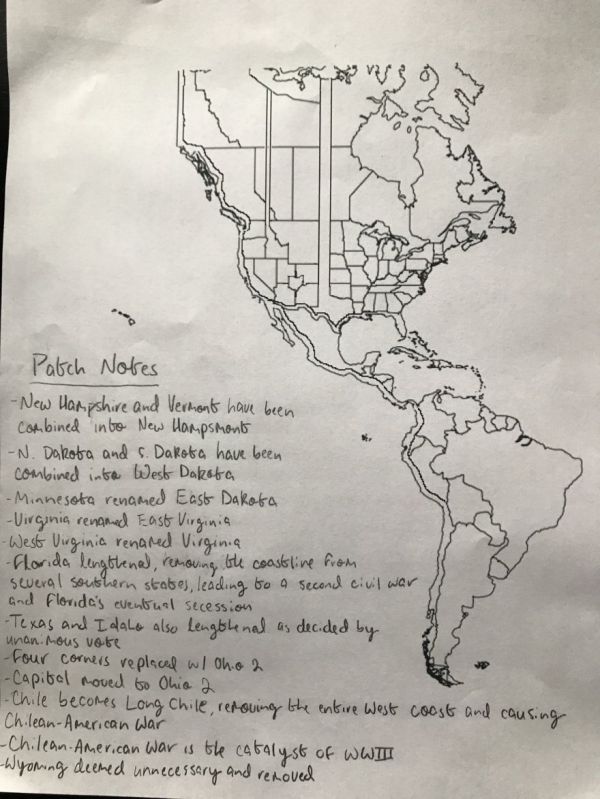 NBC baseball writer Craig Calcaterra has a 16-year-old daughter named Anna. He found a map of the Western Hemisphere that Anna had been working on, and we all have so many questions. My question is, what are Florida and Chile thinking, as they’ve taken so much land that will be underwater in a few years? Calterra posted the map at Twitter, but couldn’t provide any explanation because Anna was at school. But she eventually was able to text.

Update: I asked her if Ohio2 was a replica of the actual Ohio or if it’s just a cutout shape. pic.twitter.com/SE6yrfd2Q9

People have a lot of opinions about how their home states are affected in this map, and plenty of horror at the very idea of Ohio2, which is now trending at Twitter. Anna explained more about the map at CNN.  -via Mashable