A Marriage Proposal Just Got A Bigger Audience 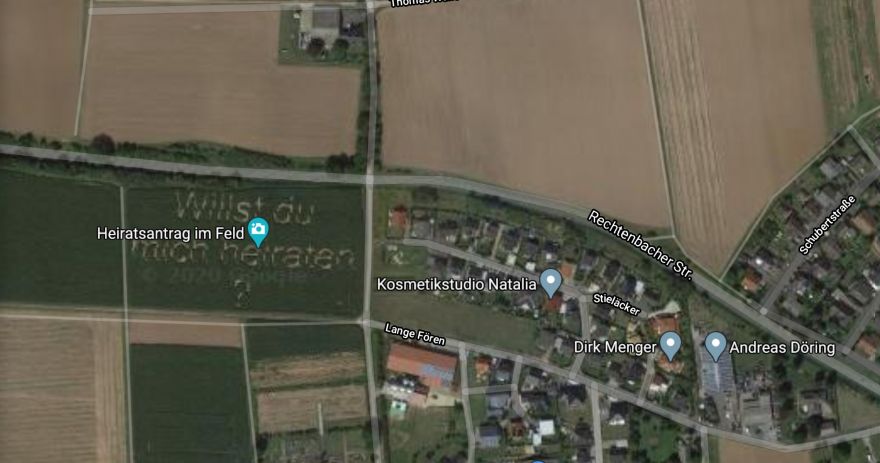 BERLIN — Last May, a 32-year-old part-time farmer named Steffen Schwarz, 32, proposed to his girlfriend by using a machine to plant a field of corn, with the gaps spelling “Do you want to marry me?”

What Schwarz wasn’t expecting however, was that his proposal was captured on Google Maps, and he didn’t know it until an aunt in Canada pointed it out to him.