The Bizarre Tale of the Pizza Collar Bomber 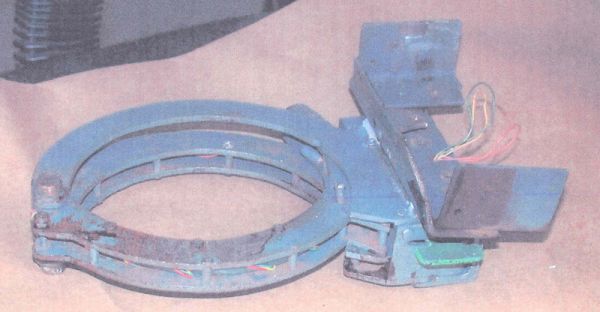 You might recall the case of the pizza delivery guy who was forced into robbing a bank. In 2003 in Erie, Pennsylvania, Brian Wells entered a bank and demanded a quarter-million dollars. He only got $8,702 in cash and the police caught up with him rather quickly. However, Wells had two pipe bombs attached to his neck by a metal collar.

Whilst being cuffed, Wells helpfully informed the troopers of the bomb around his neck and that three black men had put it there. He further stated that, as far as he was aware, it would go off any minute.

Naturally, the officers all very abruptly backed away from Wells, no doubt mumbling to themselves that they were “too old for this shit”, if movies from that era have taught me anything. After getting a safe distance away, they called the bomb squad.

As for Wells, for 20 agonizing minutes he sat alone on the concrete, occasionally shouting to officers to check if they’d called his boss to inform him why Wells hadn’t come back to work after the delivery, and inquiring when the bomb squad was going to show up.

The bomb squad did not show up in time, and dead men tell no tales, so Wells left behind a mystery. Most people who remember the incident in the news never learned what happened, as the investigation saw details showing up in bits and pieces over quite some time. The explanation of the plot is exceedingly bizarre, and involved a body in a freezer, prostitutes and drug dealers, and a possibly fictional inheritance. Learn the story behind the “pizza bomber” at Today I Found Out.