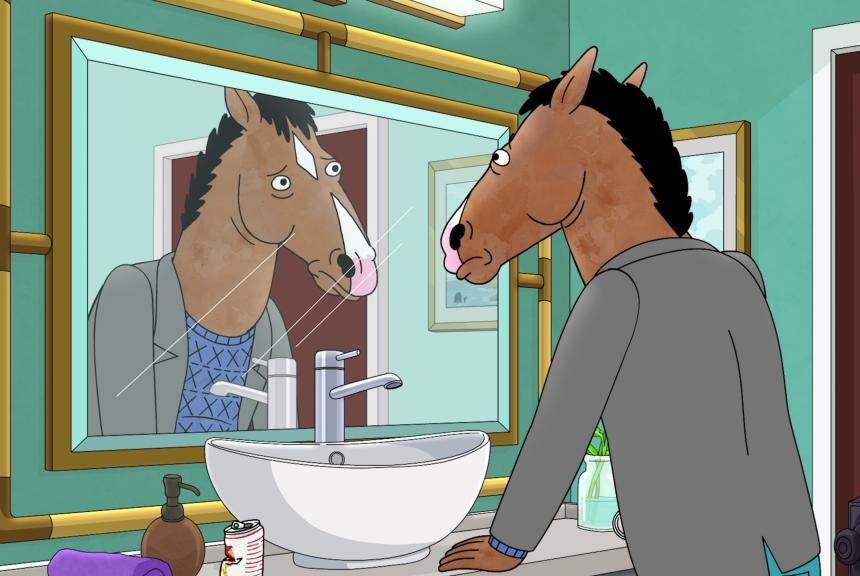 March 25 (UPI) — Who says cartoons are just for kids? Most of the animated movies that come out in theaters are aimed at families. Pixar, Dreamworks, Disney and Illumination provide many family-friendly animated movies each year, but on television, animators are using the medium to explore more adult themes.

If you’re stuck at home in self-isolation and looking for new shows to discover, here are 10 animated shows aimed at grown-ups.

The producers of BoJack Horseman (see below) launched an animated science-fiction show in September with an unusual animation style. Cast members Rosa Salazar, Bob Odenkirk, Daveed Diggs and more perform scenes in live action and then animators draw over their performance. Salazar plays a woman suffering a psychological break that could give her the power to travel through time and see her father (Odenkirk) again.

If the Birds of Prey movie wasn’t enough to give you your Harley Quinn fix, there’s a whole new animated version, too. Kaley Cuoco provides the voice of Harley, and she uses her voice to say the F-word and other profanity as much as possible. Other popular Batman characters, including Batman himself, voiced by Diedrich Bader, appear in this raunchy superhero cartoon. Lake Bell provides the voice of Poison Ivy, Giancarlo Esposito is Lex Luthor, Wayne Knight is The Penguin, Jacob Tremblay is Robin, and many more complete the comic book star-studded lineup. Season 2 is coming April 3.

Also from BoJack Horseman company Tornante, Lisa Hanawalt created this dramedy about two female bird friends. Tuca (Tiffany Haddish) and Bertie (Ali Wong) are neighbors, and they’re trying to figure life out just like human 30-somethings. There are plenty of bird puns and animal high jinks, but Tuca & Bertie also explores serious psychological trauma. Netflix canceled the show after one season, but Haddish and the producers are trying to revive it elsewhere. Give them some more views and show Netflix what they’re missing.

Seth Green co-created this animated sketch comedy series with Matthew Senreich and Mike Fasolo. Using stop-motion, they move 3D figures frame by frame to make superheroes, toys and other pop culture icons do naughty things. Since each episode is a collection of sketches, there’s no need to watch from the beginning or in any sort of order. If you like it, there are 10 seasons from which to choose.

Based on the Nintendo video game, the Castlevania TV series uses animation to tell the story of vampire hunter Trevor Belmont (Richard Armitage) trying to save the world from Dracula’s (Graham McTavish) army of monsters. Animation allows them to bring to life all sorts of scary creatures, but parents beware. This definitely is too scary for little kids.

Nick Kroll co-created this animated comedy for Netflix with Jennifer Flackett, Andrew Goldberg and Mark Levin. Even though Kroll, John Mulaney, Jenny Slate and others voice pubescent children, Big Mouth is most definitely not for kids. Big Mouth is about the kids going through puberty and experiencing sexual feelings through the lens of the adult creators. Animation lets them represent those feelings as literal monsters. Three seasons are on Netflix, but Netflix believes in this show. Three more are coming.

Community creators Dan Harmon and Justin Roiland created this raunchy sci-fi comedy. Loosely inspired by Back to the Future‘s Doc and Marty, scientist Rick (Roiland) and his grandson Morty (Roiland) visit other planets and dimensions, travel through time and meet aliens. If the sci-fi concepts fly over kids’ heads, then certainly the dysfunctional family drama and Rick’s cynical outlook on his groundbreaking inventions will, too.

BoJack Horseman (Will Arnett) is the has-been star of a ’90s sitcom. He’s trying to stage a comeback in Hollywoo, where animals and humans mingle. Hollywoo is a brilliant satire of the entertainment industry and society, however BoJack Horseman also deals with very real struggles like addiction, anxiety, depression, emotional abuse and codependency. The cute horsies, kitties and doggies are pleasing to the eye, but their angst is very adult. The series just ended in January, so you can watch the complete BoJack saga now.

When South Park premiered on Comedy Central in 1997, it caused quite a stir with its cheap cutout animation, scatalogical humor and naughty language. Since Comedy Central loosened standards and practices, South Park actually uses F-words and other swearwords, which go unbleeped on Hulu. South Park never settled for being a shocking gimmick, though. Each season, Trey Parker and Matt Stone address some topical social phenomenon through the lens of these wise-beyond-their-years grade-school kids. The South Park library will move to HBO Max in May so watch it while you can on Hulu.

The Simpsons might seem quaint compared to the above now, but in 1989, the dysfunctional family raised the ire of George H.W. Bush, and Bart’s use of the word “hell” got his T-shirts banned on school dress codes. Thirty seasons are available on Disney+. Many Simpsons fans came of age during the first 10, but now there are adults who have never lived in a world without The Simpsons. They can go back and discover classic episodes, and fans who have dropped out over the years can check back in to see how they’ve remained relevant in the social media age. You probably could let kids 10 or above watch The Simpsons now, but the biting social commentary still is aimed at their parents.